The gamma-ray eye in Namibia’s Khomas highlands has acquired significantly greater acuity: The new H.E.S.S. II Telescope, officially dedicated last Friday, contains a 28-metre mirror and augments the H.E.S.S Observatory with its four 12-metre telescopes. The festivities began with a scientific symposium on Thursday and ended on Sunday with an open house. Read more...

During the 7th Meeting "Astroteilchenphysik in Deutschland" (Astroparticle Physics in Germany) has been discussed the current state and future of astroparticle physics.

The previous workshops were held in 1999 and 2001 in Zeuthen, 2003 in Karlsruhe, 2005 again in Zeuthen, 2007 as a "Symposium on Astroparticle Physics" together with the fall meeting of the Astronomical Society in Würzburg and in 2010 for the fourth time in Zeuthen.

The press release from DESY can be downloaded here.

The ceremony took place during the first HAP general meeting in DESY Zeuthen on September 19th, 2012. The three retired scientists are awarded a Senior Fellowship, travel funds for conferences and schools associated with HAP as well as funding opportunities for scientific projects. And they gave a short talk on the subject of their choice:

Thus, the recognized scientists can continue to be involved in current research and to share their experience and knowledge within the Alliance.

"After two years working for H.E.S.S., it finally is!", smiles Arnim Balzer, HAP member and PhD student within the H.E.S.S. group at the University of Potsdam and working at DESY. Recorded this first signal was not a straightforward story, three campaigns of a fortnight were necessary. "I've been there three times in May, June and July", Arnim explains, "As I'm responsible for the data acquisition (DAQ), I was there in May to help integrating the tracking system into the DAQ". So far the telescope could move from a position to another, but it was unable to follow objects in the sky in an automatic way. "In June, we tested the camera of the telescope to see if it survived the transport. And in July was the first light campaign." Experts in camera electronics, camera software, central trigger and DAQ from the participating institutes in France and the MPI in Heidelberg were on site to manage to take the first data. "It was a bit before the press release" tells Arnim. When the telescope was finally ready and fixed, "we had the last ten minutes of dark time to manage to take some data before the moon was rising. It was around midnight, and then it was a nice evening partying up to 3-4 o'clock to celebrate", he recalls, "Every time Namibia is a lot of work, but moments like that pay off". 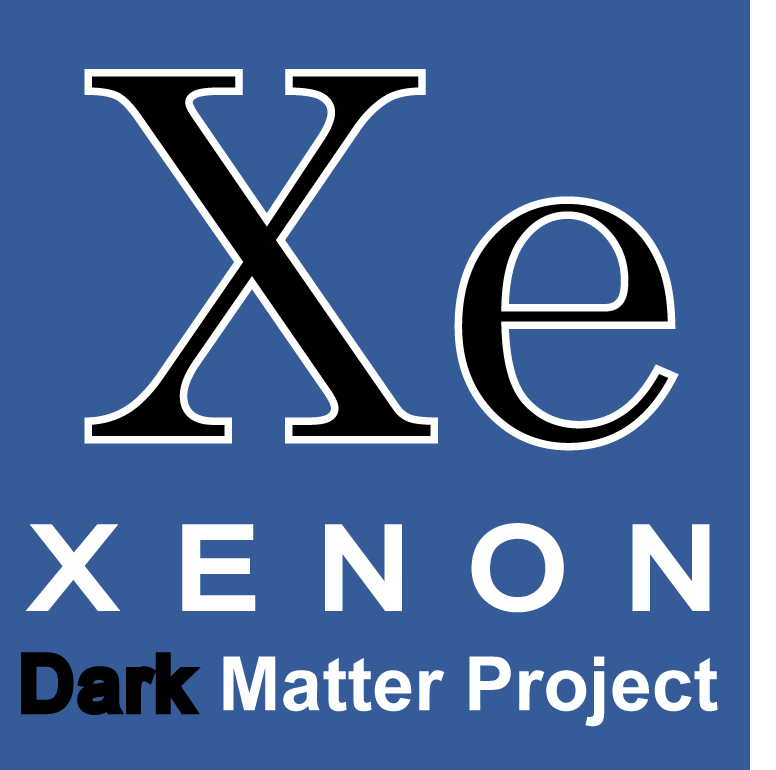 Scientists from the XENON collaboration announced a new result from their search for dark matter. The analysis of data taken with the XENON100 detector during 13 months of operation at the Gran Sasso Laboratory (Italy) provided no evidence for the existence of Weakly Interacting Massive Particles (WIMPs), the leading dark matter candidates. Two events being observed are statistically consistent with one expected event from background radiation."Although we were of course rooting for a detection," Uwe Oberlack, HAP member and leader of the XENON group at Uni Mainz, says, "it is important to emphasize that not finding a signal is not a "failure", as sometimes misunderstood in public media. Rather, limits are an essential way of advancing our knowledge." 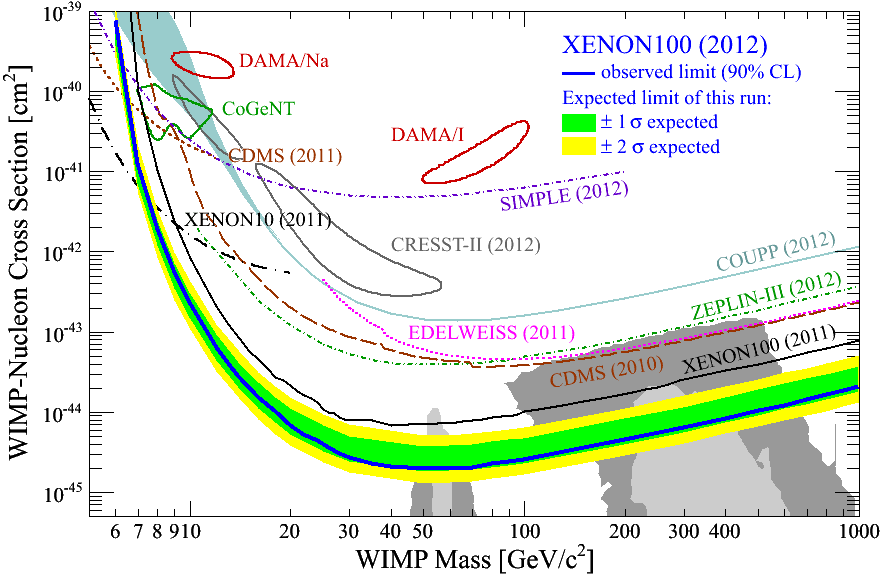 "With the new result, XENON100 has reached much farther than anybody else into so far unexplored range of the WIMP Dark Matter parameter space in the "standard" WIMP mass range," continues Oberlack. Compared to their previous 2011 result, the new data improve the bounds to 2.0×10-45 cm2 for elastic interaction of a WIMP mass of 50 GeV, which means an improvement in sensitivity by a factor of 3.5. "XENON100 is now a factor of ~20 ahead of the competition in direct searches, and is providing complementary limits to LHC results especially on minimal supersymmetric (SUSY) models."

"My XENON colleagues and I are very content about the fact that we have now reached our design sensitivity and are providing input to our theoretical colleagues that are complementary with LHC limits on SUSY," Oberlack says, "XENON100 has reached a factor of ~50 beyond the sensitivity of its predecessor XENON10." Measurements with XENON100 will continue, but the next generation experiment, XENON1T, is already on its way. "Construction will start in the fall, and we plan to start data taking early 2015. XENON1T will advance sensitivity by another two orders of magnitude, reaching deep into remaining WIMP parameter space," Oberlack concludes. Continued measurements with XENON100 and the new experiment XENON1T, should either find evidence for WIMPs or other forms of dark matter would have to be considered. 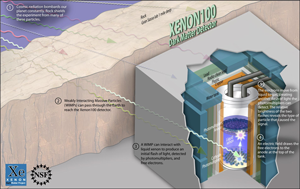 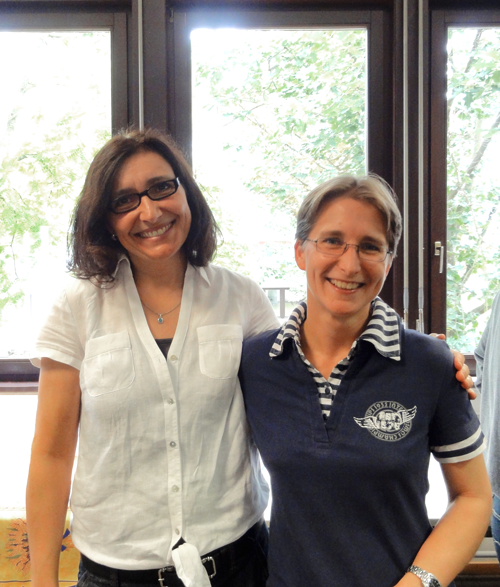 Nicole Keller-Rau (on left), the administrative coordinator of HAP, is leaving us for the KIT scientific council.

Thanks Nicole for your great work within HAP! 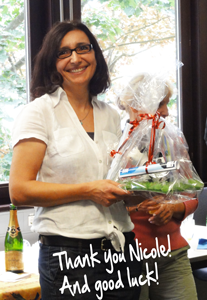 Congratulations to the Elite Universities of the second phase of the Excellence Initiative in Germany:

And as far as we are concerned, on our topics of Astroparticle Physics, the Joint Commission of the German Research Foundation (DFG) and the German Council of Science and Humanities together with the responsible ministers of the federal and state governments today approved:

A complete list of approved Graduate Schools and Clusters of Excellence can be found here, together with a map here.

On 04/05/12, the Helmholtz Aliance for Astroparticle Physics has welcomed as new associated partner the Institute of Technology in Detection and Astroparticles (Instituto de Tecnologías en Detección y Astropartículas – ITeDA) of Buenos Aires, Argentina.

ITeDA is the leading research institute in astroparticle physics in Argentina. ITeDA was created jointly by the National Atomic-Energy Commission (CNEA), the National Research Council (CONICET) and the Universidad Nacional de General San Martin (UNSAM). It is the first institute set up between two of the most recognized institutions in Argentina in the field of scientific and technological research, CNEA and CONICET.

The aim of ITeDA is to research, develop and train qualified personnel in experiments and technologies associated with the sciences of the universe and astroparticles.

The main projects of ITeDA currently include:

These projects allow for a broad range of interactions between HAP and ITeDA with significant synergy potential.

On 19/04/12 the IceCube Collaboration, in which members of HAP are involved, is published in Nature with the article "An absence of neutrinos associated with cosmic-ray acceleration in γ-ray bursts". 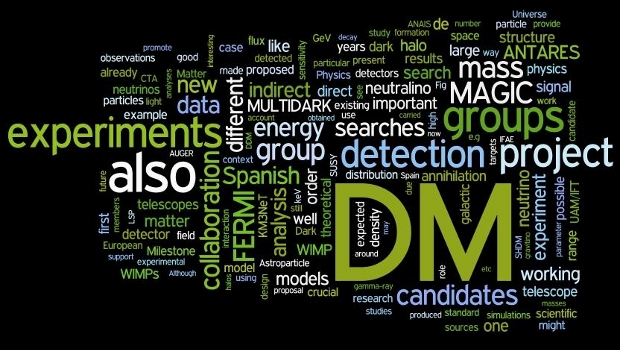 On Jan. 27th, during the first workshop of Topic 3 - Dark Universe in Karlsruhe, Prof. Dr. Carlos Muñoz (UAM Madrid) Coordinator of the Spanish network Multi-messenger Approach for Dark Matter Detection (MultiDark) and Prof. Dr. Johannes Bluemer (KIT) Scientific Coordinator of the Helmholtz Alliance for Astroparticle Physics (HAP) signed a Letter of Intent, in which both partners expressed their desire to cooperate in their respective efforts to advance astroparticle physics in general and the search of Dark Matter in particular. 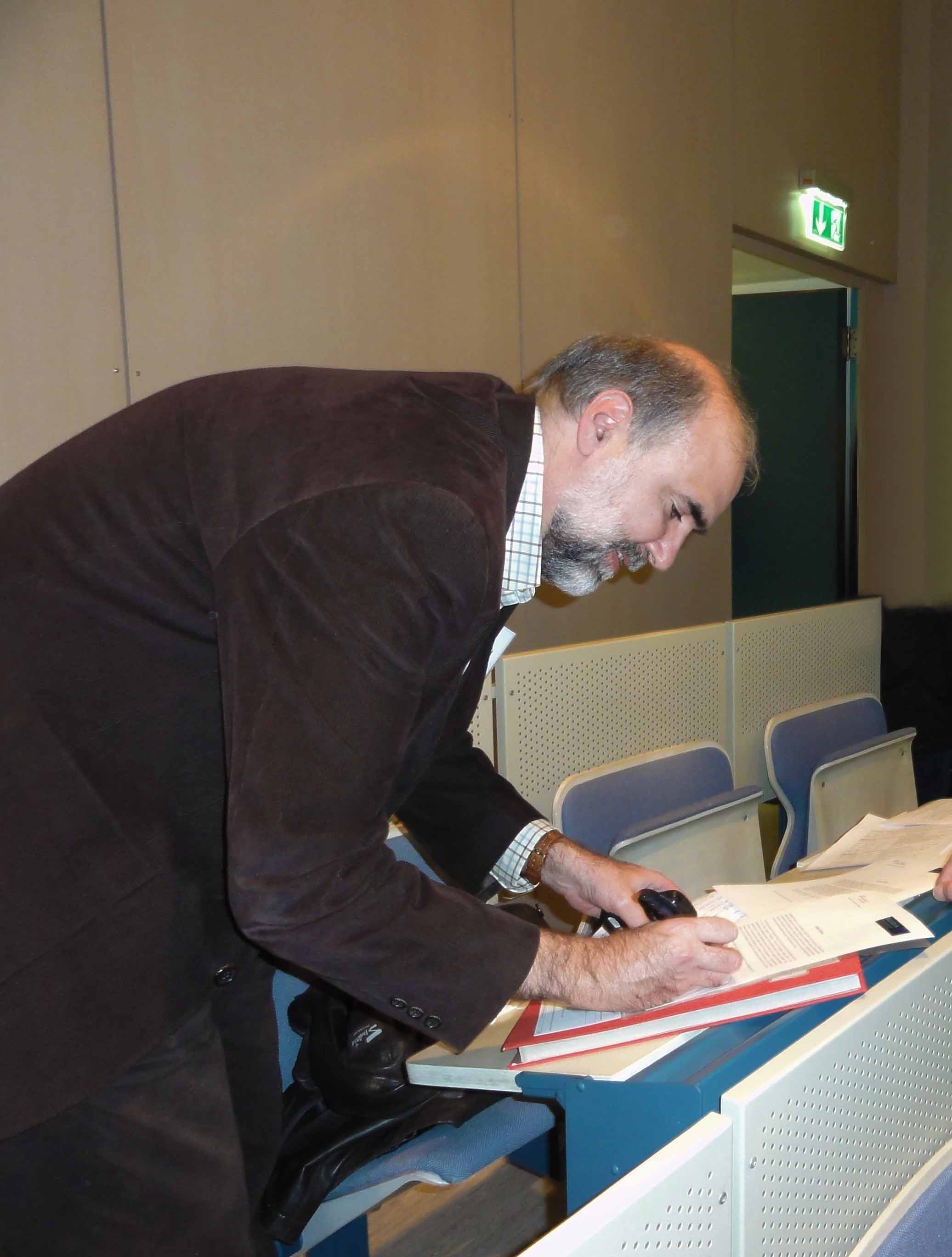 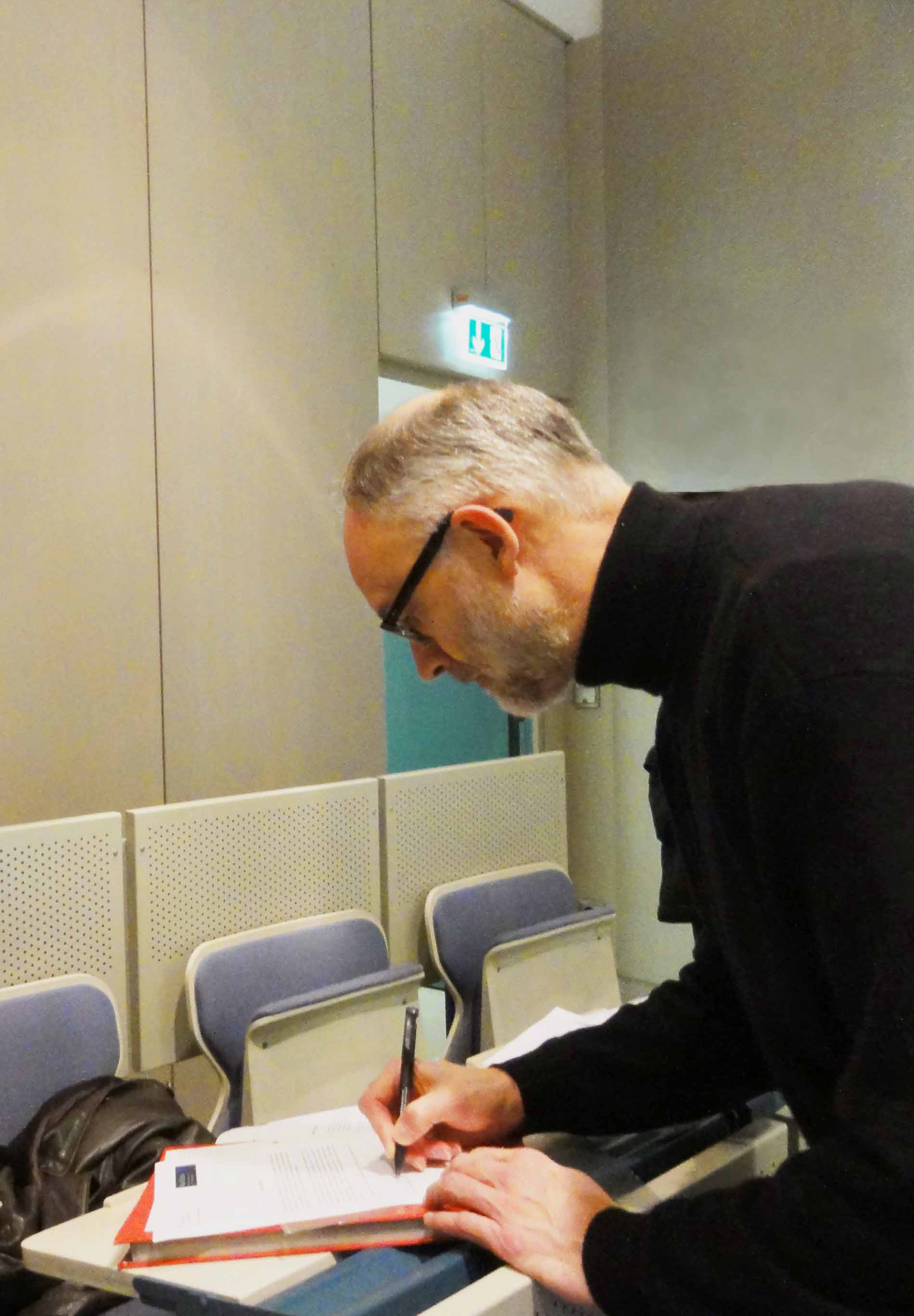 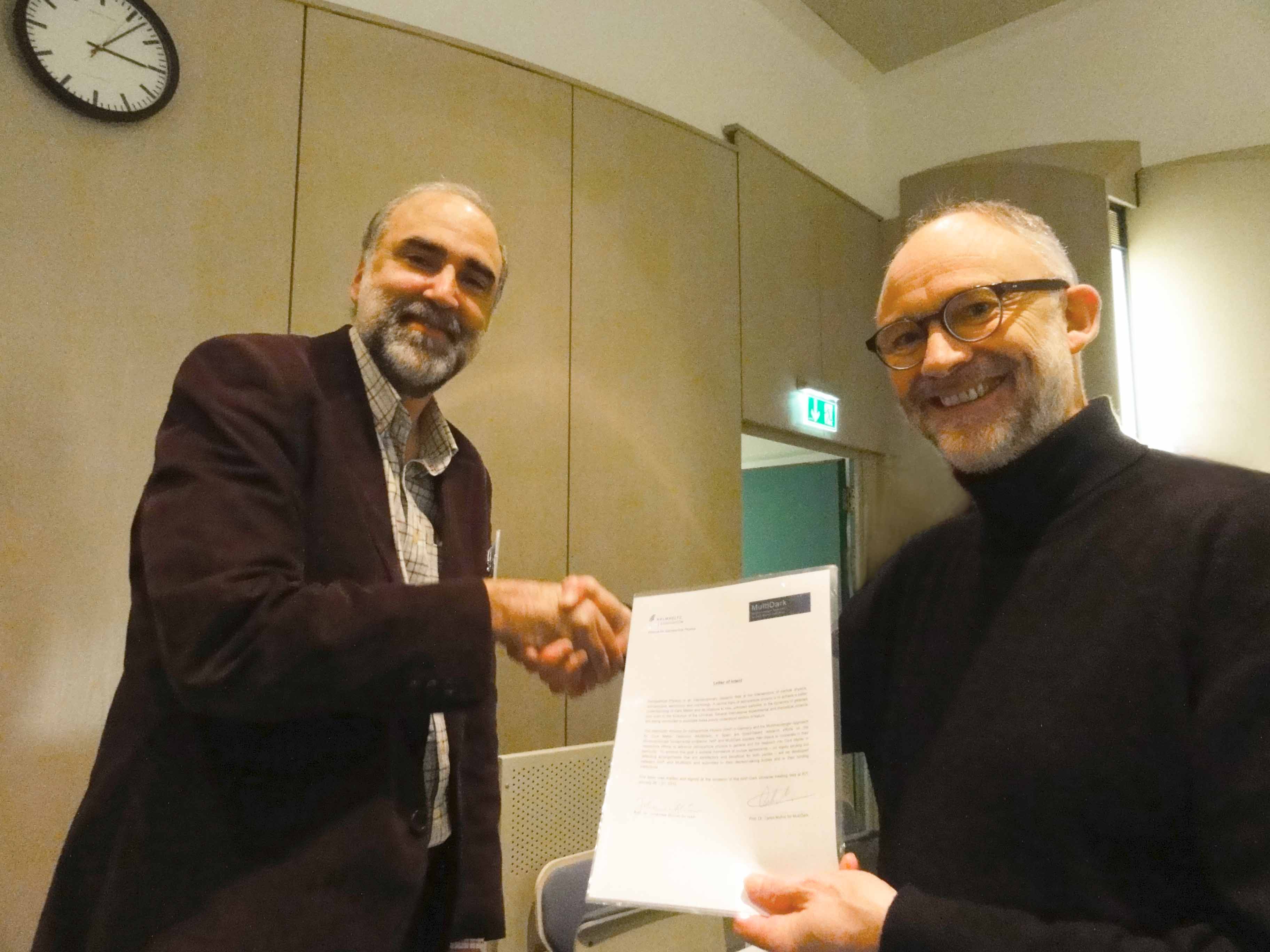 Multimessenger Approach for Dark Matter Detection (MultiDark) is an excellence project in which most of the Spanish research community working in the field of dark matter is involved.

The main goal of MultiDark is to push forward the Spanish position in the field by creating synergies and collaborations among the participating groups, in order to contribute significantly to the worldwide efforts to identify and detect the dark matter. To this end, the most plausible particle candidates for dark matter are studied, the way these candidates are distributed in the Universe is investigated, the development of experiments aiming at their detection is supported, and, finally, the combination of LHC data with those from current direct and indirect searches is analysed.

Earlier this month a proposal of cooperation between the TU Munich group E15 and the University of Zaragoza has been accepted by both HAP and MultiDark. It consists of a measurement of CaCO3 and WO3 samples at the Canfranc Underground Laboratory (LSC) for the CRESST and EURECA experiments.